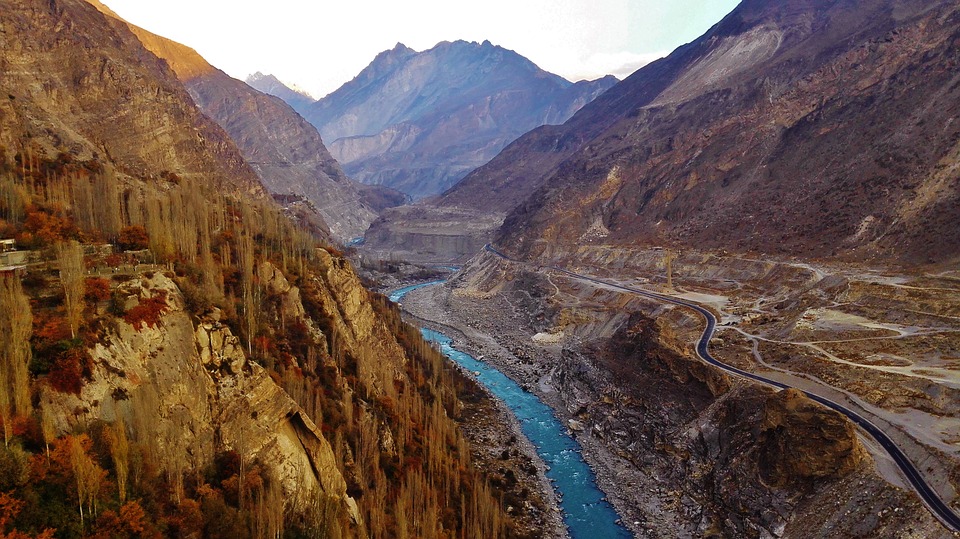 Often deemed as a risky destination, Pakistan is a South Asian country bordered by Arabian Sea and the Karakoram Mountain Range. Once upon a time, the country used to be a tourist hotspot thanks to its striking mountain scenery, rushing rivers and lakes, a plethora of sun drenched beaches fronted by the raging sea, iconic monuments from Mughal and British eras and sweeping deserts. While the historical gems and scenic landscapes still remain, political instability has negatively impacted tourism. Nevertheless, many seasoned mountaineers and hardened travelers flock to the country to climb the world's second largest peak, K2, and explore its diversity.

Here are the highlights of Pakistan according to its provinces that you can't miss in case you decide to pay a visit.
‍

Sindh is home to deserts and rugged mountains, a river and deltas, crumbling forts and majestic buildings and a magnificent coastline. Lying on the eastern coast of the Arabian Sea, there is Karachi, the cosmopolitan capital of Sindh. It will most probably be the starting point of your journey. The city boasts a string of sandy beaches, iconic buildings from the British colonial era like Venetian-Gothic Frere Hall and Merewether Clock Tower, traditional markets and modern malls, and a large number of food streets and dhabas.

After exploring Karachi, go to Thatta, a medieval city with remains of Mughal dynasty, and nearby, the ancient city of Makli which is now a UNESCO-listed necropolis. Add Mohenjo-daro to your list as well. The 'Mound of the Dead Men' was an ancient Indus Valley Civilization.
‍

The second largest province of Pakistan is renowned for its ancient cultural heritage, Mughal architecture, and scenic valleys and canals. Visit the cultural heart of Pakistan, Lahore, and check out a range of historical minarets and mosques, the blooming Shalimar Gardens, and Lahore Canal. To the north, there is Murree, a snow-kissed mountain resort town with secluded meadows and lively bazaars. Islamabad, the capital of Pakistan, is a serene federal territory famous for Faisal Masjid and Margalla Hills. Right next to the capital is its rugged twin, Rawalpindi, where you will come across a number of forts and parks.
‍

Balochistan comprises of arid deserts, towering mountains, salt mines, waterfalls, and beaches. Gwadar, the port city, is known for its beaches and harbors. Other popular beach resorts are Omara and Pasni where fishing is also quite popular. The capital, Quetta, was once destroyed by a major earthquake but it rebuilt itself and now it is known for scenic lakes and quaint bazaars.
‍

This is the snow-kissed region of Pakistan dotted with scenic valleys, lakes, glaciers, and mountains. Here greenery is abundant, and wildlife thrives. Visit the alpine valleys of Kaghan and Naran which are punctuated with lakes and waterfalls. Rafting is quite popular here. Lake Saiful Mulook, one of the highest lakes of Pakistan, lies at the Northern end of Kaghan and is a must visit. For hiking opportunities and a little romance, Nathia Gali is a wonderful spot.
‍

Home to some the tallest mountains in the world, Gilgit-Baltistan is a heavenly area blessed with verdant panoramas, lakes and glaciers, and ancient forts. Drive through the Karakoram Highway, and make stops to explore the breathtaking spots. There is Hunza Valley where the colors of fall prevail. You will meet some of the friendliest people here. Keep walking and you will come across a collection of jagged peaks, Passu Cones, along the Hunza River. Further north, there are some of the largest mountains in the world, K2, and Nanga Parbat.

Pakistani cuisine is an amalgamation of Mughal dynasty, the Indian Subcontinent and Central Asia. The food is flavorful with plenty of meat, vegetables, and spices. A piping hot plate of Biryani can be found almost everywhere, and Nihari and Haleem are just as popular. For brunch, Halwa-Puri is a favorite choice, especially on weekends, and it is common to indulge in a platter on a roadside dhaba. Tikka and kebabs with parathas are well-loved by locals and foreigners alike. The dishes are mostly spicy, so it is best to have a glass of Lassi to soothe your taste buds.

Be it a major city or a small village, dhabas are almost everywhere where people drink chai and talk throughout the night. Parathas and omelet can accompany your chai if you are hungry. As it is an Islamic state, alcohol is officially banned, but despair not, lassi and doodh-patti will keep you sane. In some areas like DHA in Karachi, an array of nightclubs and bars can be found. There are plenty of malls and traditional bazaars where you can splurge on traditional kurtas and khussas.

Pakistan has a range of accommodations including high-end hotels and resorts, mid-budget guest houses and inns, government-issues rental houses, and hostels.

Best times to visit Pakistan depends which area you wish to explore. For northern areas, May till October offer a good time weather is pleasant. Winters are harsh in northern areas and roads might be blocked that is why avoid going in other months. For other cities like Karachi and Lahore, November till March are the best times as winters are mild, and summers are usually scorching hot.

Major airports of Pakistan are located in Karachi, Lahore, and Islamabad while some are also in smaller cities like Quetta and Peshawar. Many international flights offer their services such as Emirates, Qatar Airways and PIA. You may have to catch a connecting flight. Trains and bus services are also offered for neighboring countries, but it is best to take a flight.

Getting around Pakistan is simple. To travel through provinces, you can opt domestic flights, train, and bus services. You can rent a car and drive yourself. However, it can quite be a bumpy ride in in the interior regions. Another great way to travel within the city is catch a rickshaw. It is cheap and exhilarating.

Pakistan's official currency is Pakistani Rupee. While many hotels, restaurants, and malls accept credit cards, smaller stores, traditional markets, and other services only accept cash. It is always best to have some cash handy with you! ATMs, money exchange and banks are widely available.